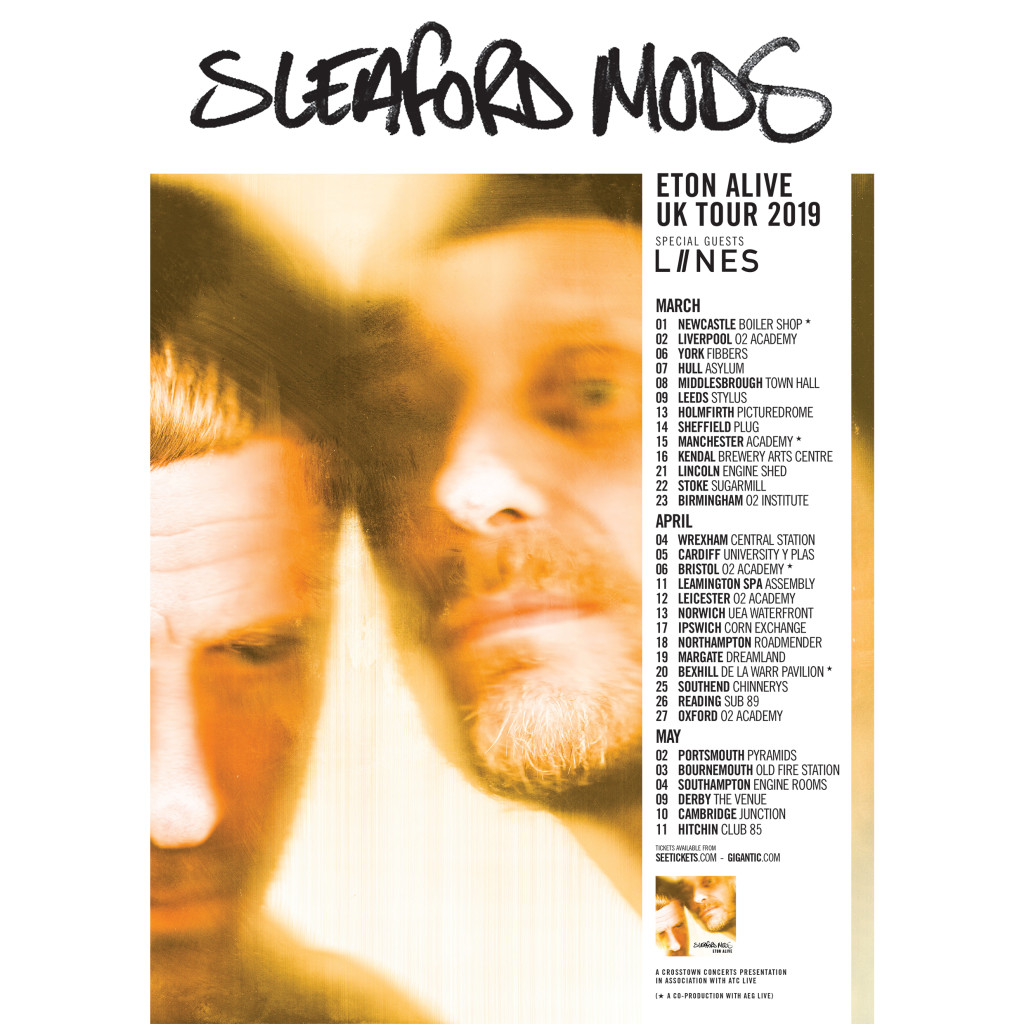 Sleaford Mods will take LIINES as their special guests on their ETON ALIVE tour across England and Wales from 1 March 2019.

The tour will travel through 32 towns and cities across England and Wales – see the list and tour poster below. Tickets go on general sale 9AM, Friday 7 December.

“We are overwhelmed. Sleaford Mods are one of the most relevant, vital bands in the country. To be touring alongside Jason, Andrew and the Mods team will be an incredible and unforgettable experience. We cannot wait to play every single one of the 32 dates! It seriously can’t come soon enough.”

The ETON ALIVE tour goes on sale 9AM, Friday 7 December. 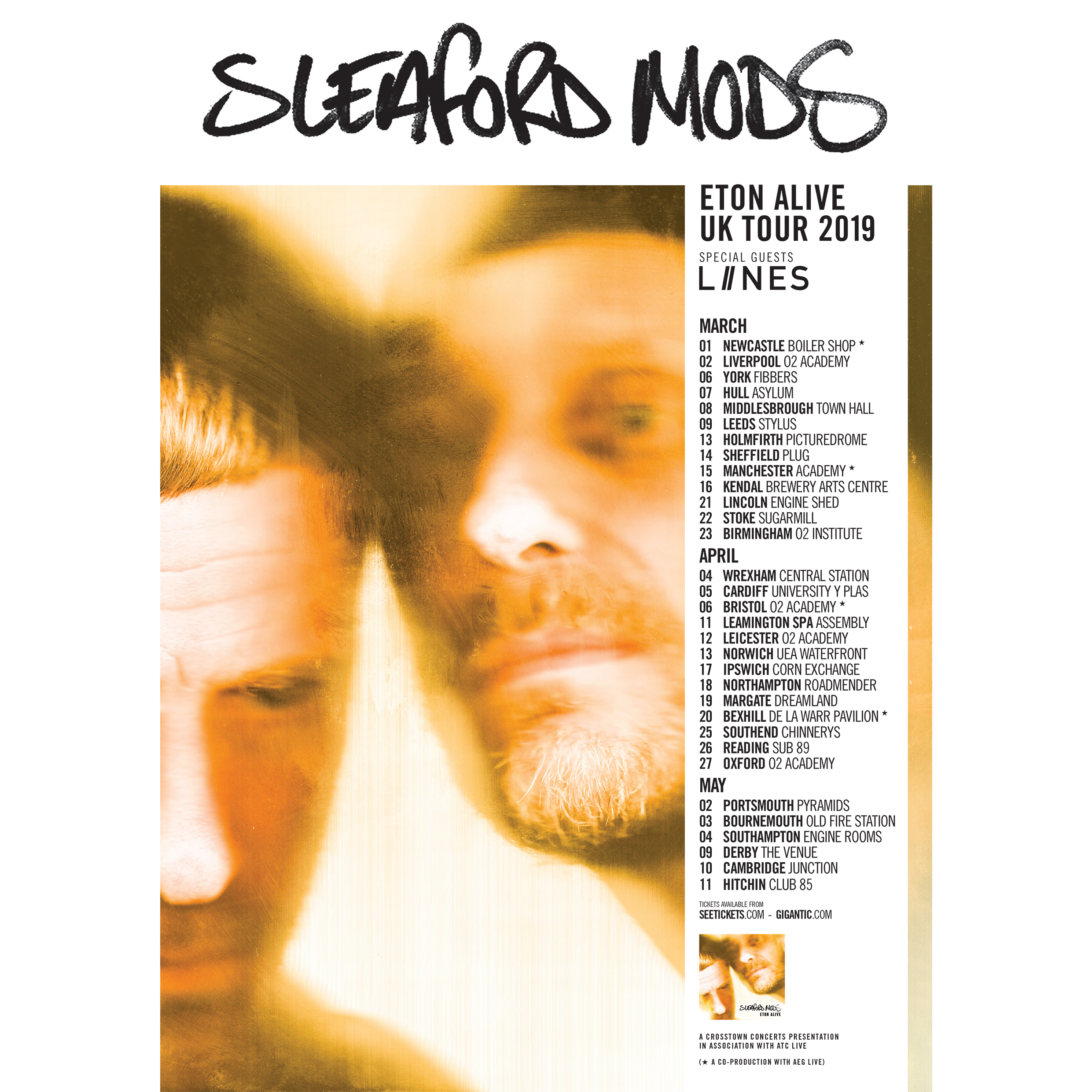 And… We have more news coming soon…WATCH THIS SPACE!