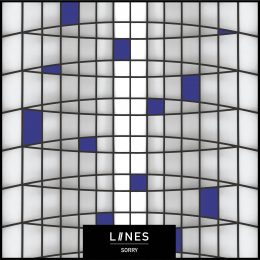 SINGLE: On and On 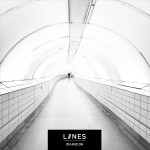 ● Premiered by Chris Hawkins on BBC 6 Music: “What a screamer of a tune”
● John Kennedy’s Radio X X-Posure ‘Hot One’
● Also featured on BBC Introducing Manchester and Amazing Radio (Shell Zenner)
● “Further proof of why everyone is falling in love with LIINES.” God is in the TV Zine
● “Primal. Urgent. Relentless. LIINES time is now. I wish this band all the success they deserve.” Louder Than War
● “Prominent guitar riffs and thrashing percussion behind the breathtakingly bold vocals create LIINES’ stand-out post-punk vibe, setting them apart as truly individual.” Get in Her Ears
● “It’s a frenetic but ultimately satisfying 2 and a bit minutes of the driving dissonance that have made us weak at the knees for LIINES since they first graced a LOUD WOMEN Fest back in 2017. Sigh.” Loud Women
● “More belting vocals, frenetic beats, gripping basslines and crushing riffs are concealed together to make a sound that is LIINES all over.” Music is My Radar

Artwork by LIINES based on an image taken by Nicola Herdman. 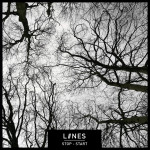 Album Stop-Start released on 4 May 2018 via Reckless Yes Records. Limited white and black vinyl 12″ have all SOLD OUT.

●  Q Magazine **** “A refreshing twist on an old favourite…A very promising debut.”
●  Get in Her Ears “LIINES have created a sound combining riot grrrl disquiet, post-punk gloom & new-wave urgency. A truly impressive debut from the Manchester trio.”
●  HiaPop / Louder Than War 9/10 “Don’t even bother trying to catch a breath during this aural assault as it’ll be snatched away from you every time.”
●  Even the Stars “Stop – Start might be modest in its outlook, like the band themselves, but that is what makes it such a powerful magnificent statement and the perfect capture of everything that LIINES are about.” 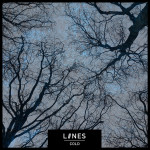 ● “Another immense blast of post-punk perfection.” Get in Her Ears
● “A gutsy intensity that’s difficult to ignore.” IndieLondon
● “A slab of punchy sub-three minutes.” Little Indie Blogs
● “One of [LIINES’] standout tracks” Even The Stars
● “It has an undeniable energy from the outset…We love this song.” Earthly Pleasures

Artwork by Lisa Mattocks. The video for Cold was produced by Tom Quaye/0161. 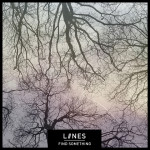 ● Played on John Kennedy’s Radio X X-Posure
● Played by Tom Robinson on BBC 6 Music
● Loud Women Track of the Day: “Our favourite Manchester trio, LIINES, have a stonking a new single out today…the perfect soundtrack to solo-dance round your bedroom.”
● Even The Stars Track of the Day: “Already a live favourite, Find Something isn’t as full on as previous releases…but the impact is the same. 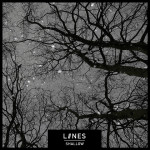 ● John Kennedy’s X-Posure ‘Hot One’ Radio X
● “A great vibey track” Tom Robinson, BBC 6 Music
● “Infectious“ Team Rock video premiere
● “Oozing an immense, thrashing energy and the raw, commanding vocals of Zoe McVeigh, it’s another intense blast of perfect post-punk.” Track of the Day Get in Her Ears
● “New clamorous single Shallow demonstrates sharply what their ardent sonic fever is all about…a piercing whack that grabs you by the throat from start to finish.” Turn Up the Volume
● Track of the Day Even The Stars
● “This is punk rock at its most primal and essential, brimming with raw emotion and grit.” MediaMatch

● Featured on John Kennedy’s X-Posure, Radio X, and Amazing Radio
● “A brooding, impassioned track that’ll leave you hungry for more.” Gigslutz
● “Driving bassline and crisp vocals invoking comparisons to the likes of Savages.” Louder Than War
● “An inescapable urge with rolling bass directly locking in with the vocal melody.” The Quietus
● “A perfect slice of post-punk pop.” God is in the TV
● “Urgent and vital stuff.” The National Student

● Featured on Radio X by John Kennedy and BBC 6 Music by Tom Robinson
● “Jamming riffs, hissing percussion and raw vocal that come together as a deep, dark track and low-fi aesthetic.” Louder Than War
● “A fireball of energy set to a pulsating drumbeat and a spindly dancing bassline.” Even the Stars
Read more responses –>

SINGLE: Never There – self release

● Radio X: John Kennedy’s X-Posure Single of the Week
● “A sub-three-minute full-throttle run off a cliff just for the exhilaration of falling.” Louder Than War
● “Immediate, striking and primal.” The Unsigned Guide
Read more responses –>